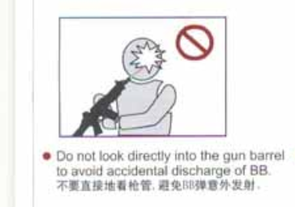 The following is an abridged summary of the rules. For the full ruleset, visit:
http://aoscforums.com/phpBB3/viewtopic.php?f=4&t=646​

1. A player is hit when a BB makes contact with any part of the player including gear, backpacks, pouches, etc.
- BBs that ricochet and then hit the player do not count as a hit.
- BBs that hit the player’s gun do not count as a hit.
- After being hit the player shouts hit and pulls out his dead rag.  The player must bring his/her own dead rag, and it must be a bright and easy to see color.
- After being hit, the player cannot give information to other players other than to say: “I’m hit” and/or “I need a medic”.
- Medic rules vary and will be discussed in the safety/game briefing before each game.

2. Blind fire is not allowed: anytime you are shooting while not certain of what your gun is pointing at.
Serious injury can occur if you point your gun over a barricade or around a corner without knowing what is in front of the barrel.

3. Safety kills are a courtesy and can be called on any enemy player within 10 feet of you as long as that enemy player is unaware of your position.
- If both of you are aware of each other and have guns pointing at each other, safety kill does not apply.
- Always be mindful of your M.E.D. (discussed below)

4. A stealth kill is when you are close enough to touch an enemy player without them knowing.  It is again a courtesy, but much quieter than a safety kill.  Simply tap them on the shoulder and tell them that you’ve stealth killed them.
- If you are stealth killed, you may not call for a medic until the person that killed you is at least 50 feet away from you.

5. Any person leaving bounds, wearing a dead rag, or otherwise indicating they are no longer in play; do not shoot them.  If you are at all indicating you are out of play, you cannot re-enter play until you return to your teams re-spawn point.

6. Pyrotechnics, pneumatics, lasers, and other non-airsoft devices are only allowed after field owners permission and game admin permission.
- BB grenade and smoke grenade rules will be discussed during the safety/game briefing before each game.

​8. Games have two teams:
ALHPA team - Players that wear any camo or clothing that is mostly green.

13. All vehicles are to stay off the playing area unless given express permission.  If a vehicle                 is allowed on field, always keep a safe distance away from it when the engine is running.